EThOS is the UK’s national thesis service and aims to maximise the visibility and availability of UK doctoral research theses.

This database accesses the dissertations and theses produced by students at the University of Toronto from the early 20th century to the present day.

NDLTD is an international organization dedicated to promoting the adoption, creation, use, dissemination and preservation of electronic theses and dissertations. It includes citations, abstracts, and links to 4.8 million (and growing!) dissertations in institutional repositories from around the globe. 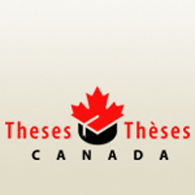 Theses Canada, launched in 1965 at the request of the deans of Canadian graduate schools, is a collaborative program between Library and Archives Canada (LAC) and nearly 70 universities accredited by Universities Canada. It includes dissertations in both official languages from the early 20th century to the present day.