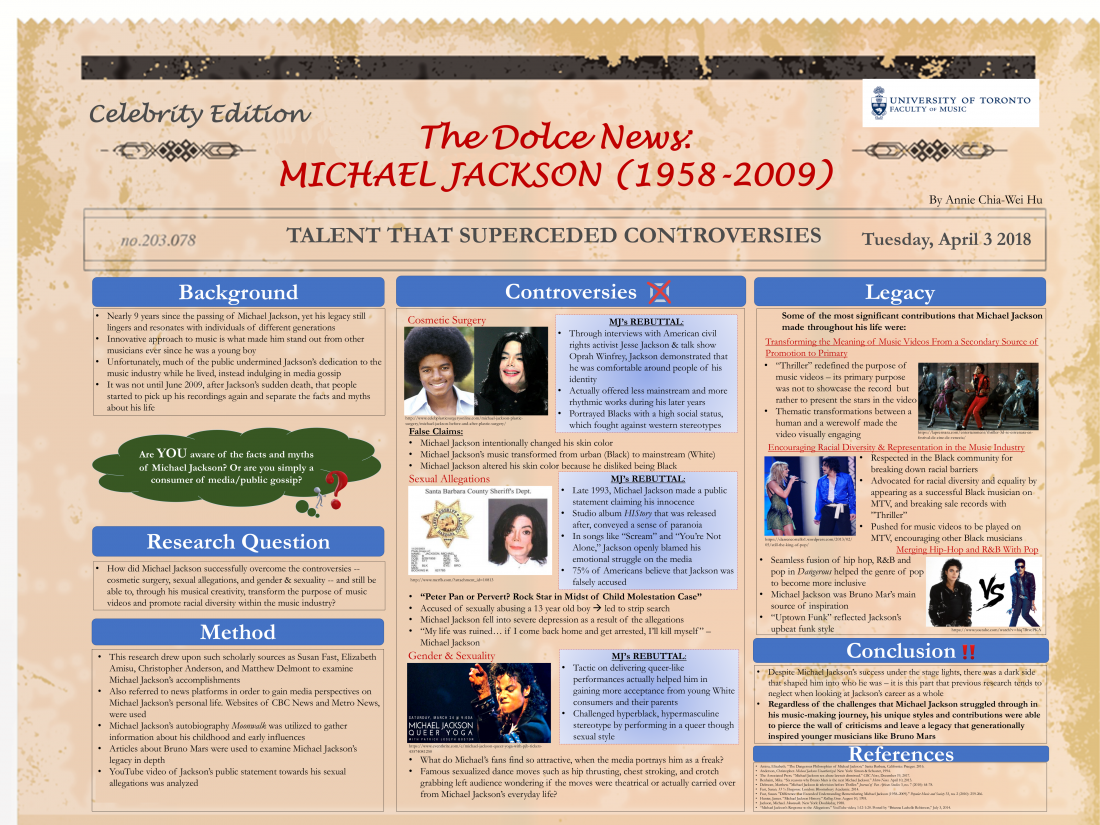 Michael Jackson was one of the most prominent North American musicians who paved the road for modern popular music, despite the controversies about his publicized personal life. Through his renowned dance moves and musical style, Jackson successfully transformed the purpose of music videos and the racial diversity that lies within, leaving behind a remarkable legacy. This project will provide a brief overview of Jackson's childhood and career highlights. Upon developing the fundamentals for Jackson's life, it will also include his accomplishments from three different perspectives - historical importance, influence, and career critiques. For the historical importance, it will explore Jackson's significant contributions to the pop industry.  More specifically, it will retrace how Jackson's music and dance choreography became influential universally. Following historical importance, the section on Jackson's influence will cover the development of music videos from being the secondary source of promotion to primary, as well as how Jackson's music videos aimed to promote racial diversity in the music industry. Finally, this project will explain why Jackson was able to make his mark in history in spite of public criticisms on his ethics and image. The overall objective of this paper is to explore Jackson's background and accomplishments, all of which act together to explain why he is considered the irreplaceable "King of Pop."