The Music Library holds over 1,000 volumes in its Rare Book Room that were published or copied during the Classical period, including manuscripts, published scores and parts, sheet music rebound into binder’s albums, music histories, instrument manuals, and encyclopedias. In March 2020, I took Prof. Caryl Clark’s HMU 430 (Topics in Classical Music) class on a virtual tour of some of these sources. While it is not the same as being able to visit the Olnick Reading Room in person, this is as close as we are able to get to these sources for the time being, and I, for one, am grateful for these digital surrogates. Over 200 of these volumes are available in the Music Library's Internet Archive collection, and many more are available via other libraries' and archives' digital collections.

Today, I offer an abridged version of the virtual tour—a tasting menu of sources to get you started on your exploration. If you are interested in taking the complete virtual tour, or have any questions, you can always reach out to me at r.shaw@utoronto.ca. Best wishes and happy exploring! 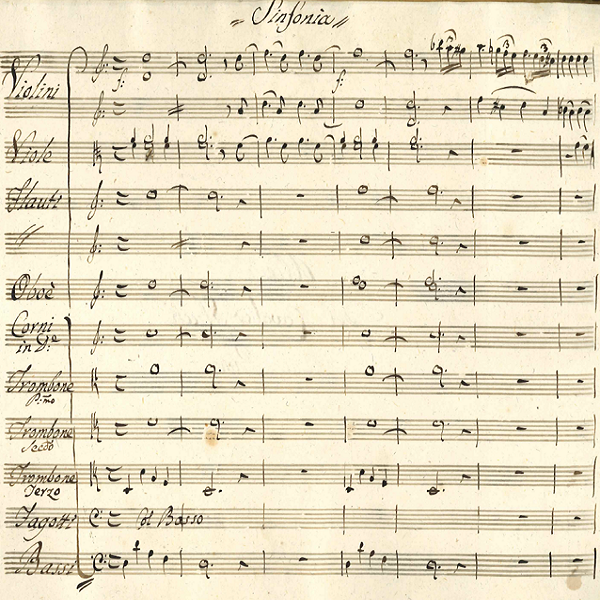 Manuscript copies (as opposed to holographs) are written in the hand of someone other than the composer and the copyist may or may not be identified. This was the primary way of distributing music well past the invention of the printing press, and their idiosyncrasies can often provide insights into their use, ownership, and particular performances. While the copyist of this full score for Alceste is unknown, it uses northern Italian paper, dated ca. 1770, which suggests a connection with one of the first performances of Alceste in Italy: Padova (1777) or Bologna (1778). The manuscript copy mostly follows the first edition publication (1769), with some variances in dynamics, phrasing, and text. It also contains some small musical omissions and alterations.

The Music Library also holds an early published edition of the revised French version of Alceste (musi G-2 37), which premiered in Paris in 1776. Neither the manuscript copy nor the early French edition has been digitized from our collection, but University of Toronto Libraries supported the digitization of the same published version (Paris: Au Bureau d'abonnement musical, [ca. 1776 or 1777]) from Western University (see below).

Annotations in published editions can also help to tell the story of a work’s performance and ownership history. The Music Library also holds a first edition publication of the French version of Gluck’s Orphée et Euridice from its premiere performance in Paris on August 2, 1774. But, can you spot the revolution?

[1] The word “Royale” has been scraped off of the title page (l’Académie…de Musique). This edition, published before the French Revolution in 1774, was altered sometime during or after the events of 1789 to 1799, during which the Academy changed names several times: Académie Royal de Musique, Opéra, Académie de Musique, Opéra National, Théâtre des Arts, Théâtre de la République et des Arta, and so forth.

[2] Gluck dedicated the opera to Marie Antoinette (his former pupil). But where does it say this? The statement of dedication to the Queen was removed from the title page, with a blank piece of paper pasted over the dedication.

This particular copy was previously owned by Monsieur le Baron de Trémont or Louis-Philippe-Joseph Girod de Vienney (1779-1852), a French official and music lover. Given his support of Napoleon, it is possible that he made the alterations to the title page. For a score without the alterations, see a digitized copy of the same edition from Brigham Young University.

By the end of the eighteenth century, Breitkopf & Härtel were the main publishers of Haydn’s output, including a complete 12-volume set of his piano works, the first of which was published in 1800 with Haydn’s approval and with introductory remarks by Haydn. This is the first edition of the complete score for Haydn’s secular oratorio Die Jahreszeiten (The Seasons, Hob. XXI:3), digitized from the Drs. Whitby Music Collection at Western University and sponsored by University of Toronto Libraries. The Music Library owns the same two-volume edition.

Haydn’s Twelve elegant and familiar canzonetts, can be found in a binder’s album from the late eighteenth century, held at the Music Library. Binder's albums are collected volumes of sheet music created after publication and often unified by instrument, and/or place and date of publication. They can serve as research and evidentiary sources for domestic music-making. This album, one of at least ten that belonged to “Mrs. Boycott,” contains a collection of eighteenth-century songs published ca. 1797 by various publishers, including Haydn's canzonetts. 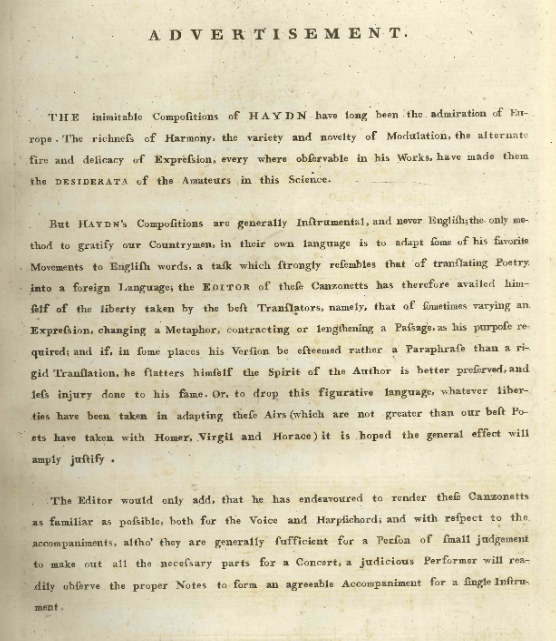 The Twelve elegant and familiar canzonetts are not to be confused with Haydn’s Original Canzonettas (1796-1801), which were published in two sets of six and mostly featured English texts by Anne Hunter. The Twelve elegant and familiar canzonetts is the last of four collections of ballads issued by London publishers between 1786 and 1788 that apply English texts to Haydn’s music. The editor wrote in this publication (pictured above):

The inimitable compositions of Haydn have long been the admiration of Europe. The richness of harmony, the variety and novelty of modulation, the alternate fire and delicacy of expression, every where observable in his works, have made them the desiderata of the amateurs in this science. But Haydn's compositions are generally instrumental, and never English; the only method to gratify our countrymen, in their own language is to adapt some of his favorite movements to English words, a task which strongly resembles that of translating poetry into a foreign language; the editor of these canzonetts has therefore availed himself of the liberty taken by the best translators, namely, that of sometimes varying an expression, changing a metaphor, contracting or lengthening a passage, as his purpose required; and if, in some places his version be esteemed rather a paraphrase than rigid translation, he flatters himself the spirit of the author is better preserved, and less injury done to his fame....

Most of the music from this final volume, issued by S., A. & P. Thompson (1788), is from Haydn’s string quartets and overtures composed in the 1760s and 1770s, as identified by Gretchen A. Wheelock in her article "Marriage à la Mode: Haydn's Instrumental Works ‘Englished’ for Voice and Piano."

A general history of music, from the earliest ages to the present period by Charles Burney 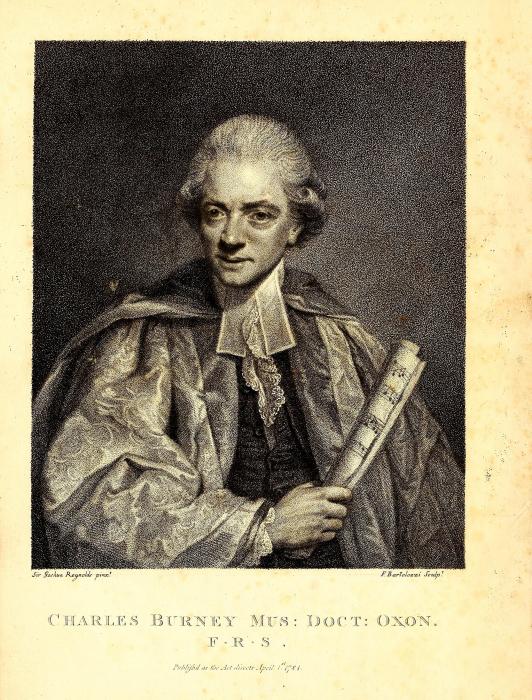 The Music Library and the Thomas Fisher Rare Book Library both hold a copy of the first edition of Burney’s A General History of Music. It is also available in its entirety through the University of Toronto Libraries subscription to Eighteenth Century Collections Online (ECCO): Volume 1; Volume 2; Volume 3; Volume 4. For a point of comparison, take a look at A General History of the Science and Practice of Music by Burney's contemporary John Hawkins (London: T. Payne, 1776, musi F-3 87-91). The first edition is available in digital form from Brigham Young University. You can also view the 1853 edition, which was published by J.A. Novello and digitized from our collection.

I hope you have enjoyed this sampling from our rare book collection. If you would like to make your own 'tasting menu' of digital sources on the Internet Archive, you can do so by creating a free account and adding items to your "favorites" (see below).