In traditional literature, transformational harmony is considered non-functional (Cohn 1996). Here, a new framework is presented to view transformational progressions with tensional areas, called levels, that parallel the system of tension and release seen in functional harmony. These levels section off phrases into areas of varying levels of tension and lack of tension. Neo-Riemannian transformations, simplified into common tone relations between triads dictate how and what level the phrase begins on, and then moves towards. Further application of this theory divides arias into subsections based on tension and release. Examples from “News has a kind of mystery” from John Adams’s Nixon in China are used to showcase this novel theory.

These three types of transformations (basic, compound, and SLIDE) are used to describe the ways a chord can change from one to the next.

In Figure 1, the roman numerals represent the levels of tension. Level I has no tension, while level II and III have more tension than the previous level. Therefore, phrases always move from level I to level II, sometimes to level III, and always back to level I again. This cycle forms every phrase; multiple cycles form entire sections; and, in larger forms, multiple cycles from the whole piece. Figure 1 also shows how different transformations effect the tension level. When chords undergo transformations (basic, compound, or SLIDE), the tension level stays the same, increases, or is released (level III to level I):

Figure 2 shows a sequence of triads that contains transformational relationships. The levels of tension at the bottom show the movement between the levels of tension, from level I to level III, with a resolution back to level I. From first glance, one can tell that each subsequent chord always shares one note with the chord before it. Where the level remains constant, they share two. In addition, basic transformations always switch modalities, from major to minor and vice versa. In a compound transformation, modality is kept constant, major staying major and minor staying minor. Therefore, there is always a modal contrast between a level increase or a constant progression. Only a SLIDE transformation has a change in modality and a change in level. This is useful when deciphering a previously unseen example and identifying the level changes within it.

See below for further details on each transformation within Figure 2:

A further application of this theory is to determine small scale form. This can be shown in the rest of the aria.

Figure 3 shows the progression of triads in the full first section of the aria “News has a kind of mystery”. Applying level theory, this section can be divided into four sections based on the location of the SLIDE transformations. Each new line indicates a level increase as labeled on the right. Each SLIDE transformation corresponds to a cadential gesture, signaling the ends of sections and phrases. The text of this aria also corresponds to these cadential gestures, with sentences ending at the SLIDE transformations without fail.
This shows the cycles of tension and release in Nixon in China, and one can see that these cycles almost mimic what functional harmony would have achieved in terms of tension and release.

[1] Chords that return to the chord before is quite common in this opera as a whole, and sometimes a loop of three or more chords occur that return to a “home chord”, often cycling though multiple levels. [return to blog] 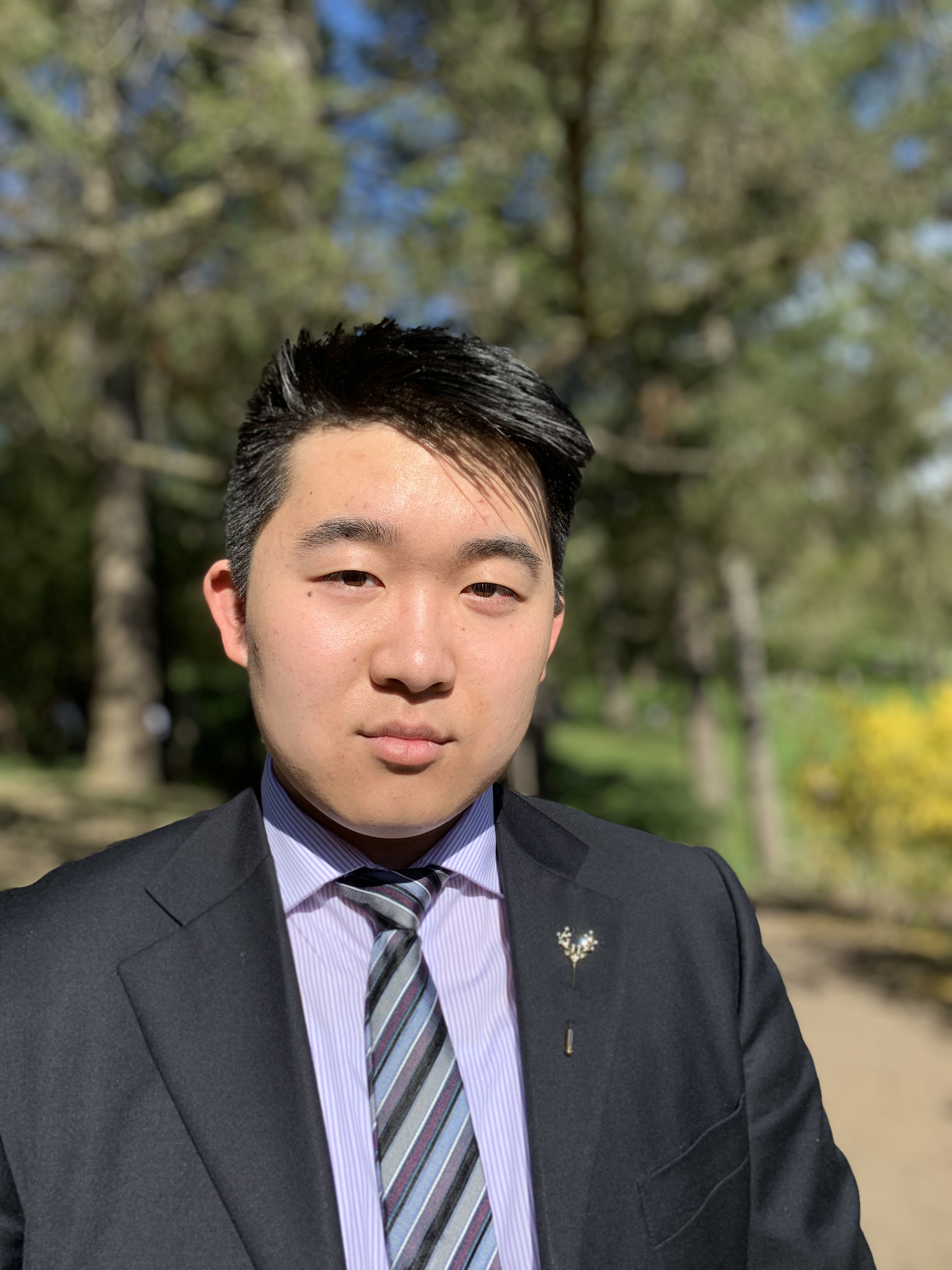 Eric Yang is a first-year student studying music theory and vocal performance at the University of Toronto Faculty of Music. He holds diplomas from the London College of Music in Classical Singing and Piano Performance, both at the DipLCM level. As an undergraduate theory student, his interests are in the expansion of transformational harmony, the development of tonal music of modern composers, and computational music analysis. In addition to academic pursuits, Eric has won many accolades in classical voice and currently studies singing with Mark Daboll. In his free time, he enjoys playing trombone, flute, and jazz piano.

May, Thomas. 2006. “John Adams Reflects on His Career.” The John Adams Reader: Essential Writings on an American Composer, edited by Thomas May. Pompton Plains: Amadeus Press.