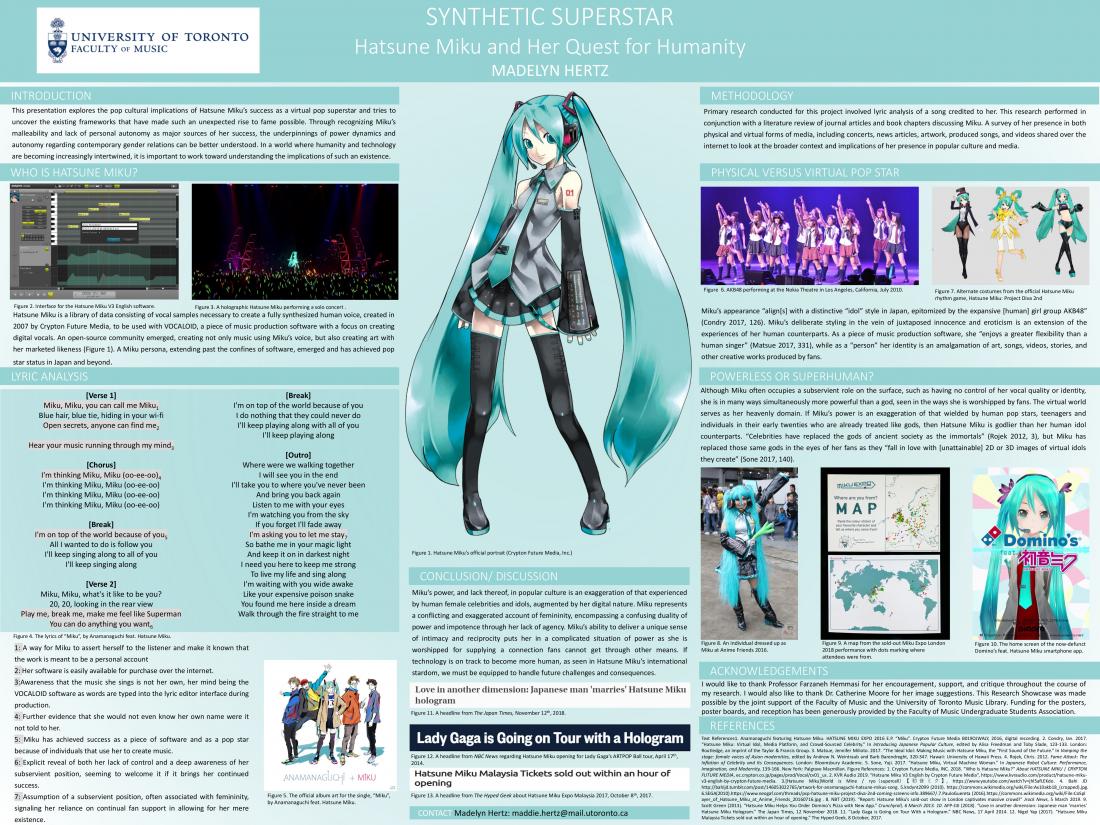 Synthetic Superstar: Hatsune Miku and Her Quest for Humanity
Project summary: My research was undertaken preparing a paper for Prof. Hemmasi's current topics in ethnomusicology course. I explore the parallelism between the body and voice of Hatsune Miku, a piece of vocal production software, personified as Miku, that has achieved idol status in Japan and whose popularity continues to spread globally.  I trace her history, from initial release to current success, and extrapolate parallels between her and the human idols that dominate the Japanese mediascape. I studied existing literature, examined uses of her in art, and listened to music produced featuring her synthesized voice, using one of these songs as an example of the relationship between her and her music producer fans. I recognize Miku’s malleability and lack of personal autonomy as a major source of her success.  The relationship between feminine malleability and success sheds light on the issues of power dynamics and autonomy in Japan's contemporary gender relations, especially those of the digital age. I conclude that her power, and lack thereof, in popular culture is an exaggeration of that experienced by human female celebrities and idols, augmented by her digital nature. I pose the implications of living in a world where humanity and technology are becoming increasingly intertwined.