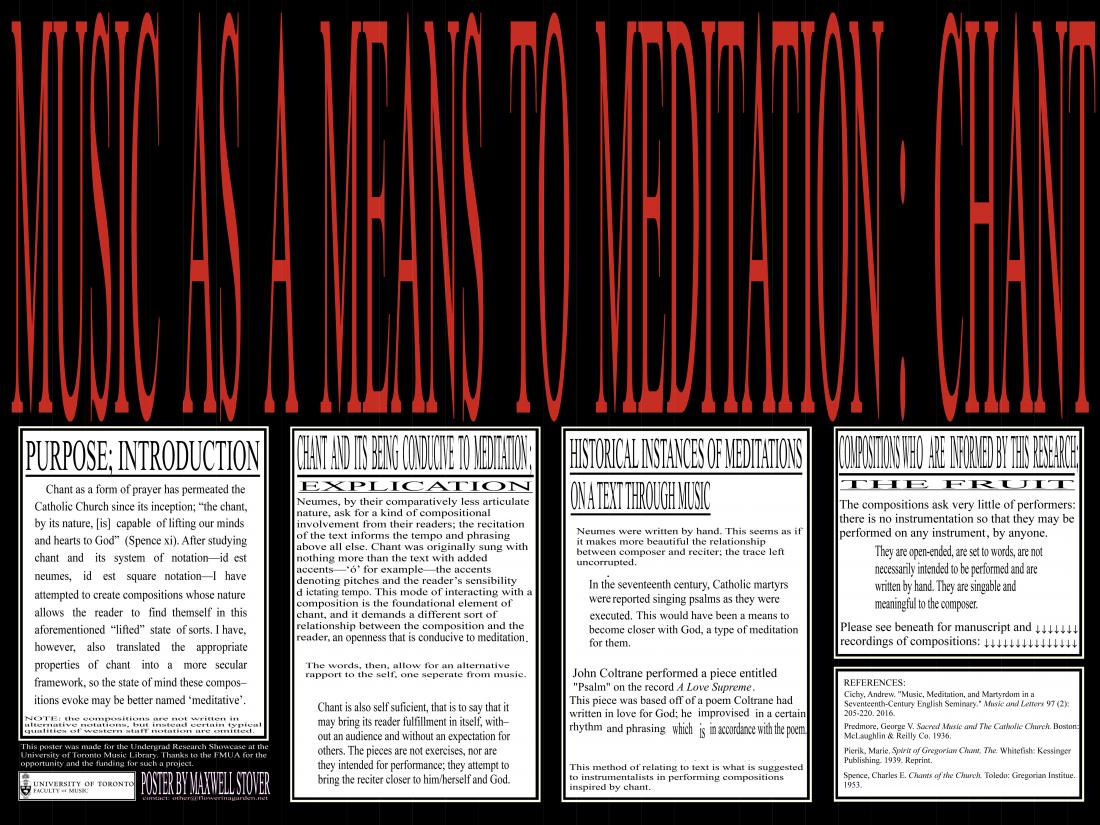 I have been researching neume, also understood as square notation, to inform my compositions and the manner in which they are presented so to yield different results in interpretation of monophonic pieces, especially ones with accompanying text.

The manner in which neume presents music—by means of illuminated manuscript, color, and extreme levels of detail and stylisation in the texts—is wildly different from our modern conception of notation, which presents pieces often in static, computer generated formats, ones which perhaps disservice the music and its meanings. Neume was presented in such ornamented fashions for many reasons, but perhaps most importantly it was so to show the immense love for God the songs and their texts carried.

Neume also lacks certain kinds of information which is integral to western staff notation (meter, for example) and this changes the relationship the performer has with a piece, oftentimes creating a different sense of investment in performing a composition

The deep influence Christianity has had on the western world, too, is deep rooted, and this omnipresent base is reflected in feelings toward this type of notation.

I would like to show that the manner in which a piece presents itself has drastic effects on a performer's, and so an audience's, attitude towards a composition.