Jim Farrington is the Head of Public Services at the Sibley Music Library at the Eastman School of Music. Prior to that position he was for twelve years the Music Librarian and Director of the World Music Archive at Wesleyan University. He has been an active member of the Music Library Association, serving in a variety of leadership capacities. His publications include Audio and Video Equipment Basics for Libraries (Scarecrow/MLA, 2006), several articles in the New Grove Dictionary of Music and Musicians, and is the book review editor for the Association for Recorded Sound Collections Journal. 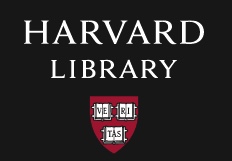 Sandi-Jo Malmon is the Interim Richard F. French Librarian and Librarian for Collection Development at the Eda Kuhn Loeb Music Library at Harvard University. As a member of the Music Librarian’s Group of the IVY Plus Libraries Confederation, she has been involved in collaborative collection development and contributes to the Composers Web Archive (CCWA), Sandi-Jo is a member or the Music Library Association (MLA). She currently serves on the Editorial Board of the MLA Basic Manual Series (2016-) and has been the MLA Organizational Liaison to the Society of American Music (SAM) since 2012. She serves the International Association of Music Libraries, Archives and Documentation Centres (IAML) as a book review editor for Fontes Artis Musicae and recently became Vice Chair/Chair Elect of New England chapter of MLA (NEMLA). She co-authored the article, Surveying Composers: Methods of Distribution, Discoverability, and Accessibility of Their Works and the Corresponding Impact on Library Collections which may be found in Fontes Artis Musicae, Volume 67, Number 2, April-June 2020.

Ruthann Boles McTyre is the Andrew W. Mellon Foundation Director of Yale University’s Gilmore Music Library, having come to Yale in 2013 from the University of Iowa where she served as Head of the Rita Benton Music Library for 13 years. Prior to that, she was Head of Baylor University’s Music Library. Ruthann began her professional career as the Public Services Librarian for the Music Library at the University of North Carolina at Chapel Hill. Throughout her career, Ruthann has been involved of all aspects of public services and collection development in academic libraries. Ruthann has been an involved member of the Music Library Association (MLA) and served as the Association’s President from 2009-2011. She is also a Past Chair of the Music OCLC Users Group (MOUG) and Past Chair of the Midwest MLA chapter.

Matthew Vest is the Music Inquiry and Research Librarian at UCLA. His research interests include change leadership in higher education, digital projects and publishing for music and the humanities, and composers working at the margins of the second Viennese School. He has also worked in the music libraries at the University of Virginia, Davidson College and Indiana University.

Callie Holmes has worked at the UCLA Music Library for close to 30 years, overseeing one of the largest academic music collections in North America. Currently she is the Music Collections Librarian, as well as team lead of the User Engagement Collections Team for the UCLA Library. While most aspects of library collections fascinate her, she is particularly interested in locally-focused collection development, preservation challenges with music formats, and embedding EDI into collection development and collection management practices.

Isaac Han is a librarian and music selector in the Toronto Reference Library’s Arts Department. Isaac is currently in charge of maintaining and developing the music scores and classical music books collections. Isaac earned his Masters in Library and Information Science from the University of Western Ontario. As well, he possesses degrees in both music and fine arts, and has been a choir director in the area for many years in Ontario.

Will Charbonneau is a musician who has worked in public libraries across the city in various positions for many years. He obtained his Master of Information Studies from University of Toronto and was hired as a part-time librarian in the Toronto Reference Library’s Arts Department soon thereafter. Since he began as a full-time librarian in 2019, he has managed the vinyl and the popular music books collections, while also acting as program lead for the Arts Department. He loves to host live performances and performing arts history programs.

Trevor Deck is the Music & Film Collections Management Librarian at University of Toronto Libraries. Prior to his current position, Trevor received a Master of Library and Information Studies at the University of British Columbia in 2014, and held a variety of roles focused on both collections management and digital services in public and academic libraries in Vancouver and Vancouver Island.

Jan Guise is the Director of the Music Library at the University of Toronto. Prior to joining the U of T in 2017 she was Head of the Eckhardt-Gramatté Music Library at the University of Manitoba for 10 years. She has also worked in academic libraries in Newfoundland and Labrador, Alberta, and Kansas. Jan has served on the Board of the Canadian Association of Music Libraries, Archives, and Documentation Centres (CAML) in several capacities and was President from 2011-2013. She currently serves as Treasurer on the Board of the 5,000 member Ontario Library Association, and is a co-Lead Editor for the open access journal CAML Review.

James Mason is the Metadata and Digital Initiatives Library for the Music Library at the University of Toronto. James has been with the Music Library for 12 years, working with special collections as well as providing reference services and metadata description. Previously he has worked for the New York Public Library for the Performing Arts, as well as the Banff Centre for the Arts.  He has been an active member of Canadian Association of Music Libraries, Archives, and Documentation Centres (CAML), acting as Communications Officer for a number of terms.

Tim Neufeldt is an instruction librarian and head of circulation at the University of Toronto Music Library, and an adjunct professor at the Faculty of Music. Tim’s background is in western classical music, receiving a piano performance undergraduate degree in Winnipeg before doing his MA and PhD in Musicology at the University of Toronto. In the process of writing his dissertation, Tim discovered he liked the research process so much he went to library school and has loved library sciences ever since. One of Tim’s favourite activities is supporting students’ and faculty’s research needs through one-on-one consultations and through embedded library instruction in partnership with courses offered at the Faculty of Music.

Rebecca Shaw is the Music Archivist at the University of Toronto Music Library. Before moving to Toronto, she completed her MLIS (2018) and MA in Musicology (2019) at Dalhousie University, where she also worked at the University Archives and as a research and teaching assistant for the Fountain School of Performing Arts. In her spare time, she pursues her research interests in digital humanities and medieval chant manuscripts as co-applicant on the SSHRC-funded Digital Analysis of Chant Transmission (DACT) project and as project director of the Differentiae Database.