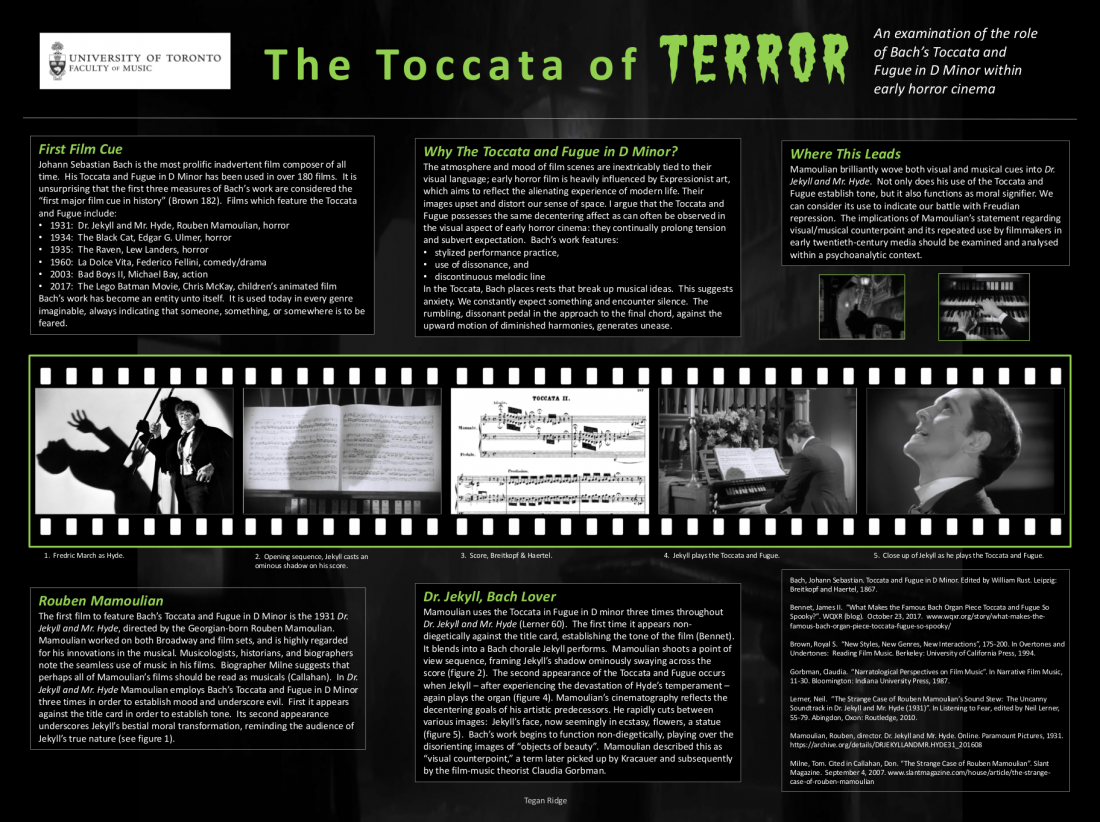 The Toccata of Terror

I examine the contemporary coding of classical music as a signifier of evil in Western media culture.  Specifically, I survey the use of Bach’s Toccata and Fugue in D Minor within twentieth-century horror cinema, beginning with its usage by in-house organists as accompaniment for silent film.  I discuss the

influence of German expressionist film on American horror film before briefly analysing and relating the compositional style of the Toccata and Fugue to the aesthetics of expressionism. Ultimately, I assert that Rouben Mamoulian’s 1931 film, Dr Jekyll and Mr Hyde, popularized the association of baroque music and “evilness”. Further, I believe that Mamoulian’s background in music and opera influenced his leitmotivic use of Bach throughout the film.  I thus offer a Lacanian analysis of Mamoulian’s use of Bach in Dr Jekyll and Mr Hyde as moral signifier.  The imagery established by Mamoulian has been re-used throughout the twentieth century, to the point of cliché and parody. Though the Toccata and Fugue is no longer sincerely employed in horror film, its use as silent film accompaniment and in early horror cinema solidified the cultural codification of baroque music as “evil”.