A collaboration between the University of Toronto's Music Library and the Faculty of Music Anti-Racism Alliance (FoMARA), Polyphony contains in-depth interviews with musical creators and scholars who identify as Black, Indigenous, and/or People of Colour. Interviewees discuss their lived experiences in their musical and cultural communities, and the exhibit team created lists of resources mentioned by each speaker. Viewers of the exhibit can use the resources to learn more about other artists, associations, and events that have shaped the lived experiences of the interviewees.

Featured are reproductions of some pages of the manuscript of the Johan Halvorsen violin concerto, which was dedicated to Parlow and premiered by her on August 14, 1909 in Scheveningen, Holland. Also included are letters from Halvorsen to Parlow giving her corrections to the score as well as suggestions for performance, photographs, entries from her daybooks, and examples of programs of her Norwegian concerts, many under the baton of Johan Halvorsen.

The University of Toronto Music Library's Canadian Sheet Music Collection highlights the Toronto music publishers’ responses to the Great War. The sheet music included in this exhibit comes straight from our archival vault and was published between 1914 and 1918.

In all of us command: Story of an Anthem

Intended to instill a sense of communal national pride, “O Canada” occupies a significant place in the Canadian public’s imagination. Played in schools and sung at sporting events nationwide, many Canadians know the melody and lyrics by heart. However, few are aware of the national anthem’s colourful history. 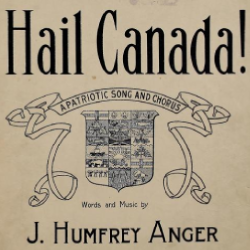 Edward Johnson, tenor and administrator, was born in Guelph, Ontario on August 22, 1878. He sang in Europe (as "Edoardo di Giovanni") from 1912-1919, and in North America from 1919-1935. From 1935-1950 he was general manager of the Metropolitan Opera, New York City. He died in Guelph in 1959. Browse digitized items from his archival collection (held at the Music Library), including photographs, correspondence, programs, and songs in composers' manuscripts.

Henry Frost (1816-1851) was active in the musical community of York County, Upper Canada, between the years of 1835 and 1850. He  taught at a common school where he included music in the curriculum. It is believed that he was also responsible for musical activities in the local Anglican Church, (though the documentary history of the church was lost in a fire). Furthermore, according to established education patterns in upper Canada, he probably also served as a teacher in a singing school for adults. Browse a digitized copy of the microfilm of Henry Frost's music instruction manual in three parts: Time ; Melody or Succession of Sounds according to Pitch ; Expression or Force and Delivery of Sounds. 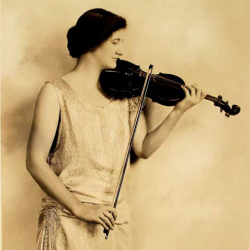 Kathleen Parlow, violinist and teacher, was born in Calgary, 20 September 1890 and died in Oakville, Ont., 19 August 1963. She completed her studies with Leopold Auer at St Petersburg [Leningrad] Conservatory, made her professional debut in Berlin in 1907 and then toured world wide. Returning permanently to Canada in 1941, she taught at the Toronto Conservatory and founded The Canadian Trio, and the Parlow String Quartet.

J. (Joseph) Churchill Arlidge, flutist, organist, teacher, and composer, was born in Stratford-on-Avon, England on March 17, 1849, and died in Toronto, Ontario on January 22, 1913. He permanently settled in the Toronto area in 1885, where he served as organist and choirmaster at various Toronto churches, appeared as a flutist with the Toronto Philharmonic Society, and provided accompaniment for singers, including Emma Caldwell, Lilli Lehmann and Emma Albani. Arlidge also taught music at the Toronto College of Music and the Toronto Conservatory of Music, and in 1902, established his own school the Toronto Academy of Music, following controversy with Torrington and Edward Fisher regarding the Associated Board of the Royal Schools of Music (1899). Browse in manuscript arrangements and compositions, most of which remain unpublished. 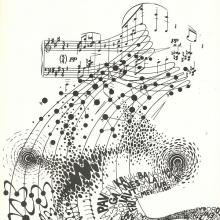 New Music Concerts (NMC) is a performing arts organization, established in Toronto in 1971 by Norma Beecroft (president) and Robert Aitken (artistic director). For 50 years, NMC has supported and promoted recently-composed and new music in Toronto, featuring an international array of composers and performers in their programs. Browse more than 300 of their programs from 1972 to 1998 online. 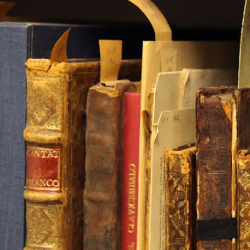 Browse hundreds of digitized scores and books from the University of Toronto Music Library Rare Book Room and special collections on the Internet Archive. 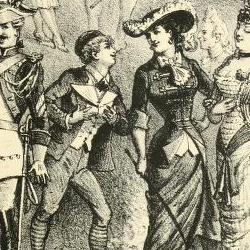 One of the strengths of our digitization projects is the collection of French Opera scores published before 1923. This collections boasts items from our Rare Book Room, as well as items contributed by partnership institutions including the University of Ottawa.