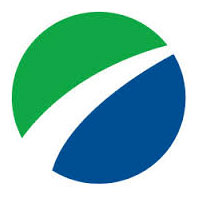 A comprehensive guide to music periodicals and literature, featuring digitized content from 1970 to present. This database contains cover-to-cover indexing and abstracts of articles about music, musicians, and the music industry for more than 475 periodicals, as well as book reviews, obituaries, news, and selective coverage for more than 230 periodicals.

Founded in 1980, RIPM was established to provide access to eighteenth to 20th century periodical literature dealing with music, and to facilitate and encourage research based on this often-neglected body of literature. Today, this comprehensive bibliography consists of some 739,000 annotated records, updated every six months.  ** Did you know that the RIPM e-Library is accessible only from the RIPM platform? They have scanned a great number of resources and provide OCR searching capacities!

Unique to Retrospective Index to Music Periodicals: periodicals that ceased publication prior to 1967.

A comprehensive international bibliography of writings on music, covering publications from the early 19th century to the present. A joint project of the International Association of Music Libraries, Archives, and Documentation Centres (IAML); International Council for Traditional Music (ICTM); and the International Musicological Society (IMS), RILM is committed to the comprehensive and accurate representation of music scholarship in all countries and languages, and across all disciplinary and cultural boundaries.

Unique to RILM Abstracts of Music Literature : periodicals that began or continued publication past 1967.

RISM is the largest and only globally operating organization that documents written musical sources which have been preserved around the world in libraries, archives, and private collections. In addition to handwritten or printed music, RISM indexes writings about music, including librettos and vocal and instrumental instruction works. At the end of 2017, the RISM Online catalog contained some 1.1 million records, and around 30,000 titles have been added each year.